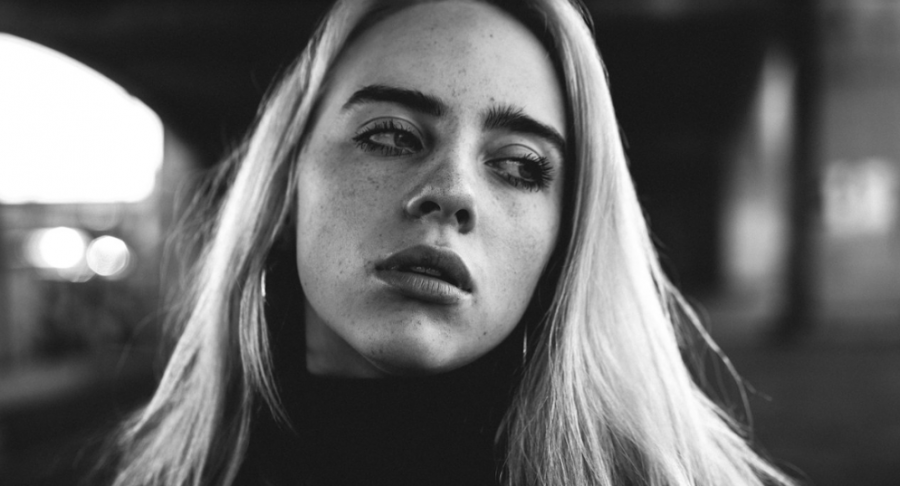 Many people have become infatuated with Billie Eilish for her rebellious, estranged style of her art and music. Eilish, 17, now has over 15 million followers on instagram, has been featured on the Ellen Show, and has sold out all of her tour dates across the world. But what makes her so much different than anyone else?

People are strung up on the idea someone with such the “rapper” look, wearing baggy clothes, heavy jewelry, minimal to no makeup, has such an elegant and calming voice. She mixes her soft and relaxing voice with heavy bass and sad messages hidden throughout her songs. Eilish revealed that she wants to sing about something “real” that teenages actually feel and go through rather than hiding and glorifying her life.

Her hit song ‘idontwannabeyouanymore’ stayed on Billboard’s Top 10 Chart for 2 consecutive weeks. This track, features her very breathey and airy tone with a deep and heavy message. She talks about how she is frustrated and angry with her own depression and thoughts which many teens find relatable.

Eilish also pays extreme attention to her music videos which are extremely visually appealing. She mixes complicated songs and beats with simple and clean visuals balancing out her music. She uses colors and shapes as a main way to make her visuals different and eccentric​.

Eilish had just released her second complete album ‘When We All Fall Asleep, Where Do We Go?’ and within 24 hours it has broken twitter, and millenials are freaking out about it.

Billie is already extremely successful and it is extremely suspenseful not knowing what she is going to do next with her music and style.