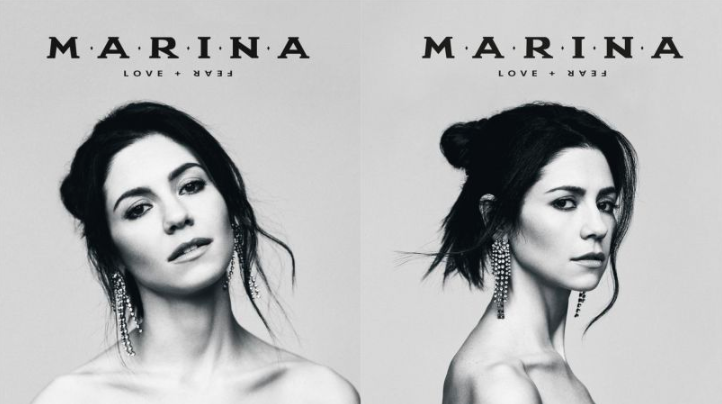 On April 24th, MARINA released the highly-anticipated ​LOVE + FEAR​ after a nearly 4-year-long break from music. The two part album, split into ​LOVE​ and​ FEAR​, contain a total of 16 tracks, 8 per part. The album is Marina’s first major release since her third studio album, ​FROOT​, in 2015. The album was split into two sections so that two separate vibes could be felt from each half. While ​LOVE​ focuses on Marina’s happiness and contentedness with herself, ​FEAR focuses on Marina’s remaining insecurities and how she isn’t as happy as she is perceived to be.

The album is incredible in all aspects. Though noticeably different in direction from ​The Family Jewels, Electra Heart, a​ nd ​FROOT​, the album showcases Marina at her best. She has moved away from the mix of character and her real self in the past albums, and has chosen to be as honest as possible. Marina’s messages have also become a lot more self-reflective and positive, which is obvious from tracks named “Believe in Love”, “To Be Human”, “Karma”, and many others.

LOVE ​and ​FEAR​, though they act as separate albums, are best listened to together. Though both have their overall themes pertaining to themselves, there is the occasional blend of themes throughout certain songs such as “End Of The Earth” and “Soft To Be Strong”. This blend is representative of Marina’s own self-image. Though she is in love with people and the world on which we live, she is also afraid of many things: relationships, herself, her emotions, etc.

Of the two parts, there are certainly a few tracks that stand out above the others. From ​LOVE,​ the best two tracks are the closing tracks: “To Be Human” and “End Of The Earth”. “To Be Human” explains marina’s philosophy on life and shows both the failures and successes of humanity as a whole. “End Of The Earth: is an auditory masterpiece.The vocals on this track are particularly haunting, allowing for the smooth transition between ​LOVE a​nd ​FEAR.​ From ​FEAR​, the best two tracks are “Believe in Love”, and “Emotional Machine”. The two show the contrast between the two parts the most, demonstrating Marina’s greatest fears and how she deals with them.

Overall, this album is a departure from Marina’s previous works. However, there is a considerably more matured feel to the album as a whole. While her past works consisted of characters, high production values, and her standard electric-pop feel, she’s taken the best parts of those works and after her hiatus, returned with some of her best songs to date. This album felt like Marina had finally gotten close to accepting herself, but that she also understood that she is not perfect. Thus, the duality of ​LOVE + FEAR​ was created. The two part split is Marina herself. She promised, and she delivered.