The “Beauty Community” is up in flames, and there seems to be no clear winner in this conflict. 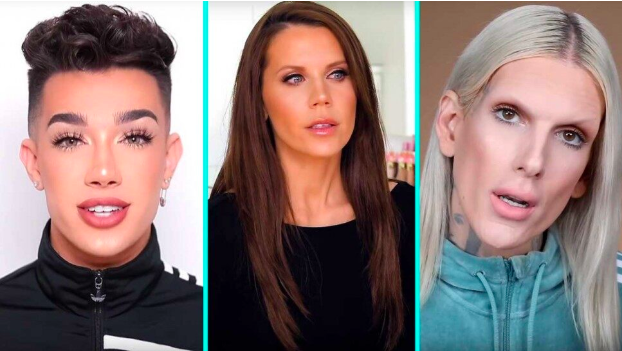 It has been around two weeks since Tati Westbrook posted the now infamous 43 minute long video “Bye Sister,” which began the current series of events that lead to the massive polarization of the Youtube “Beauty Community.” At the forefront of this scandal are James Charles, Tati, and Jeffree Star. In “Bye Sister,” Tati explained a situation that erupted from James’s endorsement of her rival brand, SugarBearHair. She also suggested that James used his influence and wealth to coerce straight men into giving him sexual favors.

Following Tati’s video, James first posted a short apology video, named “Tati,” in which he apologized to Tati and her husband James. However, the feud was not over. Jeffree Star, a friend of both Tati and James, posted a series of tweets that bullied James’s brother Ian and directly claimed that James was a “predator” and a “danger to society.”

Realizing that the drama had become out of hand, Tati posted a second video, titled “Why I Did It,” asking that the community stops picking sides in a conflict that they do not have all the details in. However, to defend his character, James responded to both the tweets and Tati’s videos with his own “No More Lies.” In this video, James proved the vast majority of what Tati and Jeffree said to be false, backing himself up with receipts, videos, and many other examples.

A few days later, Jeffree posted his video on the subject: “Never Doing This Again.” He avoided directly apologizing to James, though he did apologize to Ian for his statements. Throughout the course of the scandal, James lost around 3 million subscribers, then gained around 2 million of them back. Tati saw a massive gain in subscribers, and then saw losses; Jeffree faired similarly. Many also chose to completely distance themselves from all three sides and the Beauty Community as a whole.

All sides have called for an end to the feud, though the dust still hasn’t fully settled. This scandal was not contained to the Beauty Community, and even became picked up by online news outlets. James’s subscriber losses were also historic due to the quantity lost in a small period of time, though they have almost been mitigated. Overall, the scandal has shown the Beauty Community to have serious issues, and exposed the dangers of “cancel culture,” through which, entire careers can be destroyed quickly.