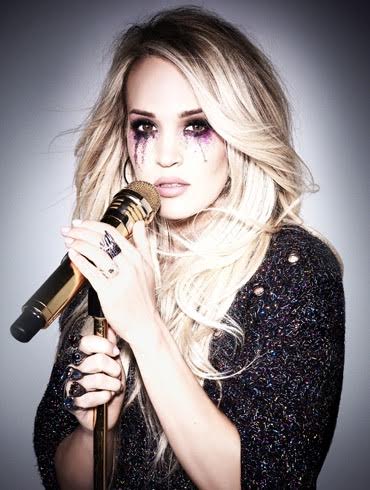 With her 2005 American Idol win, seven Grammy wins, and eleven Billboard Music Awards (just to name a few), it was no surprise that Carrie Underwood tore up the stage when she brought “The Cry Pretty Tour 360” to the TD Garden on October 10th.

While Carrie was the main star of the night, she brought along a few guests to help her out. She had two outstanding all female opening acts to get the crowd ready for her performance. “Runaway June”, the band which consists of Naomi Cooke, Hannah Mulholland and Jennifer Wayne (grand-daughter of John Wayne) started off the show singing some of their hit songs such as “Buy My Own Drinks”. Next to take the stage was the fabulous duo of “Maddie and Tae”, which consists of Maddie Marlow and Taylor (Tae) Dye. They rocked the stage with their biggest hits, “Girl in a Country Song” and “Die from a Broken Heart”, just to name a few. I have most definitely become a fan since their performance.

The “Cry Pretty Tour” definitely pays tribute to women in country music. Besides the obvious fact that Carrie is a female artist and that she had two female groups join her, she found other ways to pay homage to those who came before her. In the middle of Carrie’s performance, she brought out Runaway June and Maddie and Tae to help her sing a mix of songs by legendary female country artists. Various artists included Dolly Parton, Trisha Yearwood, and Shania Twain. I loved that this was included in the set to mix it up from what she usually does.

Five outfit changes, twenty three songs, and so many emotions occurred during the show. It’s hard to not get watery eyes when you are seeing your favorite singer since you were four years old perform the songs you love. The whole “Cry Pretty” album stems from a difficult and emotional past few years of Carrie’s life. This album is definitely different than most of her work; it’s more personal and emotional to reflect what was going on at the time when she wrote these songs. Regardless of the vibe, I will always love everything she puts out.

Carrie Underwood is by far the best entertainer I have seen live. I would 100% recommend that anyone who is a fan of hers to see her in concert. From the upbeat first song of “Southbound” to the last, humbling song, “Love Wins”, this will be a concert to remember forever.