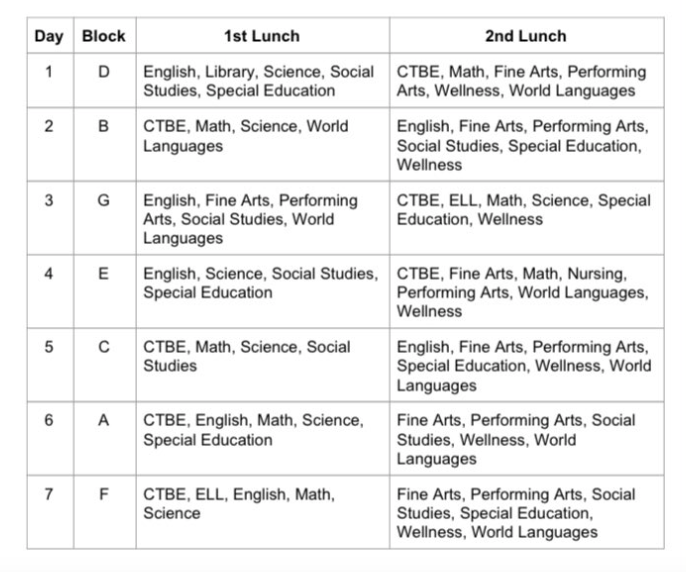 At the start of the second semester of this current school year, the school administration announced a new schedule for lunches here at TMHS. The new schedule consisted of two lunches, each remaining at the normal 25 minute length, and eliminated the “2nd Lunch” seen in the past years. Also in the schedule, students’ lunch times are now determined by the class they are in during fourth block, as opposed to the floor they are on.

Second lunch never had enough people to fill the need for a three lunch schedule, hence why it was removed.

However, students have been highly verbal about the change to the schedule, with one anonymous student saying, “It’s too crowded. There isn’t enough space for everybody.” Junior student Keegan Hannan agrees, “There are so many people, it’s hard to find a place for everybody to sit.” While the social aspect is the most crucial to students, one student looks at the situation differently.

A student, who wished to remain anonymous,  said, “I like it. It got rid of the second lunch. The second lunch was annoying.” When asked further about the second lunch, he stated, “Second lunch interrupted the flow of class, and it had no benefit to students or teachers.”

While the change was seen as necessary for the school, and while some see the benefits to a two-lunch schedule, the majority of the reaction to the change has been negative, and may not change over time.