Advantages of the Bubble 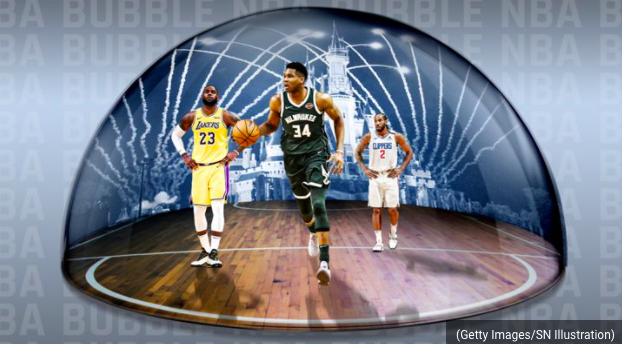 The creation of bubble sports has really changed the way sports are being played these past couple months. The NBA and the NHL are the two sports that decided to try the bubble method, but the NFL and MLB couldn’t do bubble sports so they tried to do it without. The difference in the number of cases and the living styles is wild.

The NBA and the NHL were the biggest winners in all of this. They went to the bubble for the rest of their season including playoffs. During the whole season not one player in the bubbles tested positive for coronavirus. That is an amazing number compared to what the NFL and MLB are doing. Both leagues have had dozens of positive tests so far, and the NFL isn’t even half way through their season.

People are starting to get worried about the players on the NFL teams. I feel like many people don’t care about that because it is football, and football is America’s sport. Even though some people do not agree with how the NFL is doing this, I do not think they could have done it any different. I thought they wouldn’t even have that much care about saying safe, but they are doing the best they can with these situations. The funniest part is that even if there is covid all around the league the NFL still wont shut down because of the amount of revenue they pull in every year.

Some people really don’t care about the virus and love that football is back. I mean if we are being honest who isn’t happy about football being back. I can see where they are coming from because if they are willing to take that risk they can. If they really didn’t want to be there they would leave for the season with no pay. It would have been great to see them be able to do this all in a bubble where they could all be secluded, but I just think that would cost way too much money to make happen.

The bubbles went way smoother than the non-bubbles are going. If only all of this could just end and we go back to our normal lives it would be great. This has really affected us all, no matter what age. Hopefully we can push through it and make next year a better year.