OP-ED: Will King Trump Be Dethroned? 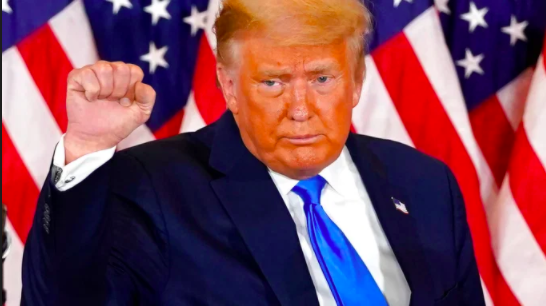 As the race to elect the United States’ 46th president comes to a rather controversial close, the White House hangs in the balance. Donald Trump, the 45th president, has been trying to get himself reelected through a series of lawsuits and claims of miscounts and voter fraud. Of course, these states where the lawsuits have been filed are the key “battleground states” in the election, also known as the states that the elections usually depend on because they can swing either way, Republican or Democrat. After close losses in Arizona, Pennsylvania, Michigan, Nevada, and what seems to be Georgia, our president appears to be somewhat of a sore loser as he complains about his apparent loss.

In the 2016 election, Trump pulled out wins in Georgia, Pennsylvania, Michigan, and Arizona to defeat the democratic candidate, Hillary Clinton. While he lost Nevada four years ago, the state is still known to be a swing-state and can go either way, meaning that President Trump was hopeful he would claim a victory there this year. In my opinion, this loss did not come as a surprise. Belonging to generation Z, I am very familiar with the mainly liberal expressions and mindsets of my peers. On different social media platforms, particularly TikTok and Instagram, a strong distaste for Trump has been an apparent issue, and thousands of teens, kids, and adults have made and posted images and videos speaking out about their blatant dislike of the president. Having constantly seen posts about Trump being racist, sexist, having rape allegations, tax fraud, and unfair immigration policies, it comes as no surprise to me that he is struggling in this year’s election. Social media has allowed millions of people nationwide to connect and share their beliefs, and I believe that this has played a major role in Trump’s pending loss of reelection.

When he got elected, his policies consisted of regulating immigration in a consistent way through the building of a border wall along Mexico’s and the U.S. border, the promise of new jobs, and the riddance of Obamacare. I think many people who voted for Trump in the 2016 election changed their mind this year and voted for Biden because human rights and laws have become so much more important and talked about in the recent year. For example, the BLM movement has held a certain prominence in many cities and in peoples’ minds nationwide since the deaths of George Floyd and Breonna Taylor. In his first debate with Joe Biden, Trump failed to condemn white supremacists when given multiple opportunities to, which was a huge negative sign to many people. Furthermore, the issue of abortion has become crucial in politics lately. Since Trump appointed Amy Coney Barrett to the Supreme Court, he has received much criticism because she, although she is a woman, has shown support to anti-abortion policies and a pro-life status in the past. Fearing that they may lose access to Planned Parenthood, birth control methods, and the choice of abortion, many women have shown discontent with the president and his decisions in women’s rights.

As this election nears the end, all of us are curious as to who the new president will actually be – whether it is the president-elect, Joe Biden, or the 45th president, Donald J. Trump. Having filed for lawsuits in defense of his seat in presidency, Trump is only prolonging his impending loss…but is he too sore of a loser to ever accept it? Will he refuse to leave his throne in the White House? We’ll have to see when he’s back from his golfing trip.