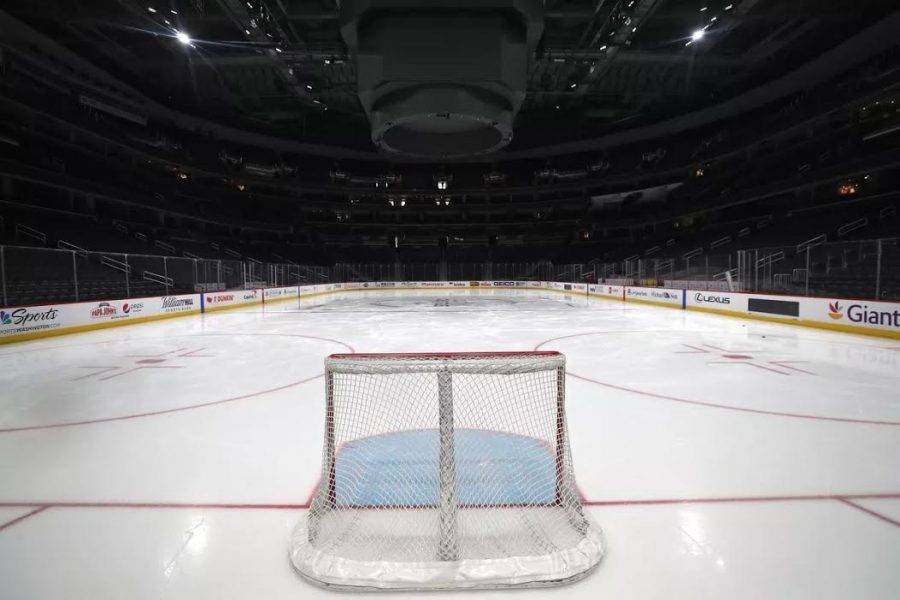 Hockey rinks were shut down for 2 weeks. The MA Hockey Officials made a tweet titled “BREAKING NEWS”, “Hockey in Massachusetts shuts down tomorrow at 17:00 through November 7th”. Many hockey fans, players, and coaches were furious with this and some made that known by leaving their enraged-filled comments under the tweet. Ryan Whitney, an employee of Barstool Sports retweeted this tweet with a comment saying, “What an absolute joke.”. The MIAA later furthered this decision to the possibility of no MIAA Winter Sports Championships, and the possibility of no season at all, and or a delayed start to the winter sports seasons.

This devastated me since it is my senior season, and I would like to have a winter sports season. I do however understand that it was necessary and that this will hopefully further my chances of having a senior season. I was previously before this shut down playing club ice hockey with many girls from many different towns, and I had just had my first captains practice for high school ice hockey which did consist of girls from another town. Although the majority of us follow all the CDC rules, there still is a chance that one can catch the deadly virus. Unfortunately that did happen for one of the girls on my club’s U16 team, and also to a coach on one of my friends’ club ice hockey team. Hopefully with this shutdown everyone continued to stay safe and not be considered exposed to any risk.

The rules before this announcement were that you couldn’t enter the rink until 30 minutes before your game, you had to take your bag and stuff out of the locker room before you got onto the ice and have to change outside of the locker rooms, in the actual rink. On the ice, it depended on the refs preference, but most of the time only center forwards had to wear masks for the face offs, and coaches and refs of course had to wear them. We would bring our masks onto the bench, but not actually have to use them.

Now, November 8th. I just had my first hockey game yesterday, since the shut down and it was a very strange experience. The updated rules are that you have to wear a mask while playing and can’t pull it down. Some people still will often pull theirs down due to the condensation and increased difficulty in breathing. A lot of players might switch over to wearing “fish bowls” with a plastic cover over the mouth holes to avoid having to wear a mask. The only conflict with that is that it may fog up a lot during games and practices. Players had to get dressed in the parking lot and could only bring their shoes, keys, and phones into the rink to keep on the bench whilst they played. After playing in their games, players would have to take off their skates on the bench, reapply their sneakers onto their feet, and walk out to their cars through a different exit.