OP-ED: Cardi B Is Misunderstood 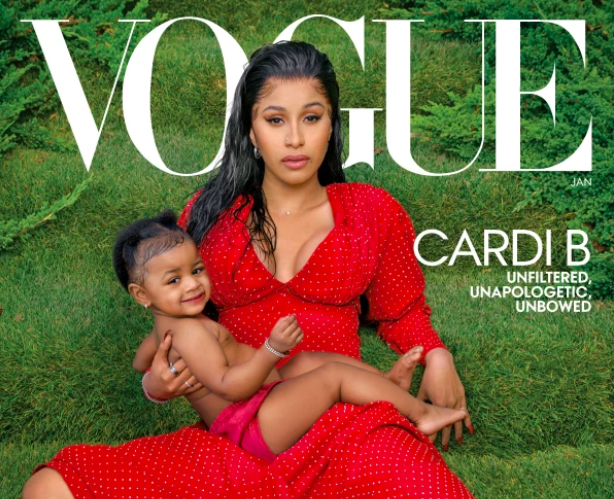 The female rapper, Cardi B has been repeatedly ridiculed for supposedly being a bad motherly figure to her first daughter. However, Cardi has proven to be an exceptional mother in her own unique ways. Cardi B is the most misunderstood female rapper in the game.

Seeing that she is very open and honest when on social media, people seem to often switch the two ideas of having a very full and entertaining personality with having absolutely no filter or limits. After having Kulture, Cardi B’s baby, she has been receiving a lot of backlash from the public regarding her ability to take care of her child. Regarding the backlash, it is extremely unacceptable to tell a parent how to raise their child, because every parent has a unique way of dealing with their children. She wants Kulture to follow her own path, however doesn’t want her to endure the same hardships that she went through in the past.

During her interview with Vogue Cardi B states that she wants Kulture to learn to shut out critics and be herself. Seeing that Cardi has an interesting past many have questioned her decisions regarding her ability to raise her daughter. For instance, when gifted a Birkin bag by her father, Offset, many criticized the parents for gifting a toddler with such an expensive present. ​The Insider d​oes a piece on this and shares the public’s reactions, “​When people learned that Kulture received her first Birkin at just 2 years old, many were dumbfounded, pointing out that the bag costs more than people’s monthly rent.” However, after receiving the backlash Cardi B was quick to defend both her husband and her daughter regarding the matter.

The public seems to often misinterpret the way Cardi B is as a person. Although her personality is very wild and open she is a great mother that would protect her daughter at all costs. It’s very obvious that she loves her unconditionally and would do anything for her, however people seem to judge Cardi B by using her past to determine her character now and frankly that isn’t fair.

Cardi B deserves way more respect from the public instead of being bashed everyday for small issues. She is overall a great mother and a fun person as a whole. We just remember that celebrities are people as well.