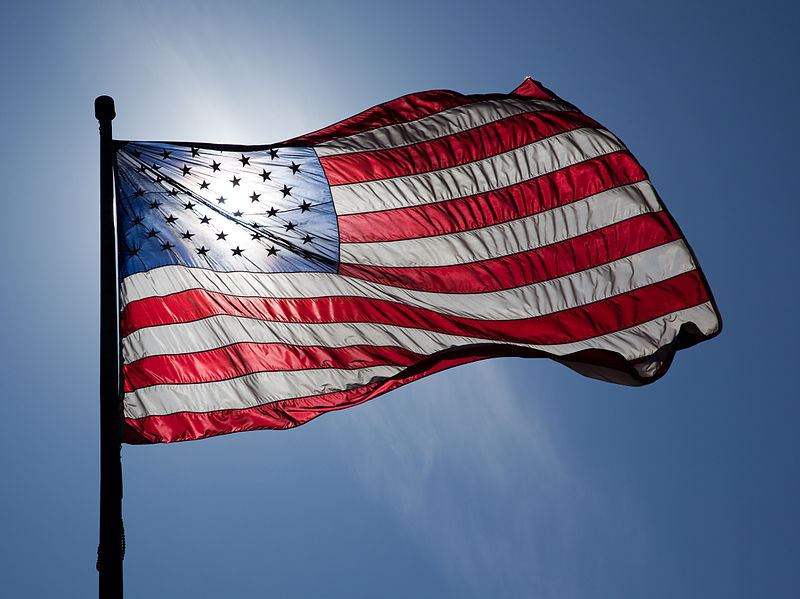 The United States of America is in its darkest hour since the Civil War. Yes, you read that right.

Although it’s the popular opinion to place blame on President Trump, we don’t know yet and I’m skeptical. He has fought for us, the American people, for four great years. If a year into the Biden Administration there is peace and prosperity, we will have some reflecting to do. Until then, we have to focus on the present. We cannot survive as a nation with left-wing radicals calling for socialism and the abolition of core American values. Yet at the same time, we can’t survive with right-wing radicals calling for the overthrow of a free and democratic Presidential Election and declare President Trump supreme leader. Instead, we have to work on moving toward the middle. The only way to do so is through solidarity. One person at a time, we have to learn to be kind toward one another and respect opposition. This will be challenging with the ongoing climate, however.

Recently, Twitter suspended the sitting President’s Twitter account, which has been his main vehicle of communication throughout the past four years. Furthermore, Big Tech has been suppressing conservative voices through the suspension of apps like Parler, a right-wing free speech application. If we want to truly reach unity again, we can’t silence the opposition. What happened at the Capital last Wednesday is not only dangerous for national security or the American people, but it’s dangerous for Democracy. But to blame an entire group of people for the actions of a few for political gain is reckless and incomprehensible. This is not the moment for politics, yet sadly, it’s become just that.

As a conservative, I feel like I’m being hushed by big tech and I fear that corporations such as Amazon, Google, Facebook, Apple, and Twitter are gaining too much power and need to be broken up. When a select few get to rule over the entire internet, it enables what is transpiring now. The worst part is it’s all politically motivated.

I am the most patriotic person in the world. What happened in our nation’s Capitol Building on January 6th was the farthest thing from that. Those thugs claiming to be “patriots” are a disgrace to what I believe in. Consistent with my beliefs during the Black Lives Matter riots, I believe all people who commit crimes should be prosecuted to the  fullest extent of the law, and I expect nothing less in this situation. The images of the Confederate Flag in the Capitol Building will haunt me for the rest of my life. Six-hundred-thousand people died to keep that flag out of that building, and were turning over in their graves on the sixth. Additionally, those who flew the Blue Lives Matter flag but assaulted police officers are especially hypocritical and a disgrace. I support Blue Lives Matter, and the imposters pretending to support it are scum and should rot in their rightful home, prison.

We’ve all been hearing a lot in the news recently about “white privilege.” I’d like to suggest the only privilege we have is American privilege. Being able to wake up and attend a school or go to a sporting event or just browse a non-censored internet is a right here in America, but not everywhere else in the world. We can be who we want to be and do what we want to do. Through the most difficult of times, we remain the brightest beacon of freedom in the world. This is something we have to unite over.

The whole purpose of this article, as explained in the opening line, is that we are in our darkest hour since the Civil War. We are far too divided, politics is playing an overwhelming role in our life, our democracy is under attack, big tech is taking over, and so much more that I can’t touch on in one short article.

My ask to the folks reading this is simple; be nice to one another. All of us have our own opinions and preferences on a litany of issues such as politics. We have to re-learn to appreciate that we live in the best and most free nation in the world. What makes us unique is our ability to disagree with each other civilly. In losing that, we lose far more than decency. We lose our Democracy.

The only way to bind the wounds of division and come back unitedly as one nation under God is through empathy and compassion — two ideals our nation is built on. President Ronald Reagan’s view of America being “the shining city upon a hill” still rings true to me today, and should to all Americans. We must not turn on each other, but instead extend an olive branch to those in need, those forgotten, and those struggling. I have the utmost confidence in our ability to bounce back because we are a great people, each with a vision of a more perfect union. With a little effort, we can transition from our gloomiest hour since the Civil War to the shiniest and brightest one. I believe in us.