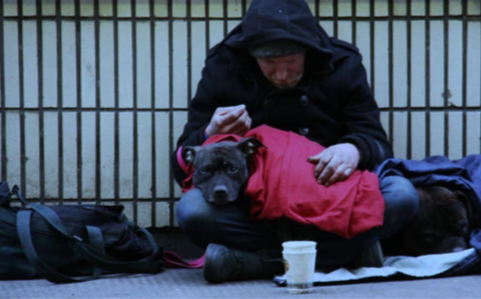 The pandemic has had a direct impact on the economy. Unemployment rates skyrocketed, leading to an increase of poverty in citizens of the United States, which results in food insecurity. Higher retail costs, combined with decreased salaries, means many more households are having to cut down on the quantity as well as quality of their food consumption. You do not have to be homeless to experience food insecurity. Many people who experience food insecurity are not eligible for federal nutrition programs, such as SNAP, WIC, the National School Lunch Program, et cetera.

According to Household Pulse Survey, “Some 24 million adults — 11 percent of all adults in the country — reported that their household sometimes or often didn’t have enough to eat in the last seven days.” The Agriculture Department found that 3.4% of adults reported that their household did not have enough to eat at some point over the full ​12 months​ of 2019.” That was only the outcome for individuals who actually decided to participate in the survey and vote, and doesn’t account for the millions of other adults, along with children,” the Census Bureau stated.

The pandemic’s affect on homeless shelters has shown a highlighted association between housing and public health. Numerous cities have briefly housed people experiencing homelessness in hotels for the first time ever in hopes that it would contain the spread of the virus. Experts hope it will signal a crucial shift in how cities help assist those who are unhoused.

COVID-19 has presented, and continues to present, unique dangers for people experiencing homelessness. Social services have become more restricted throughout 2020 and 2021. The economic results of the pandemic have put a higher risk of Americans entering homelessness. The pandemic has worsened national crises that have alway existed. Nowhere is this more clear than in the pandemic’s influence on homelessness and food insecurity.