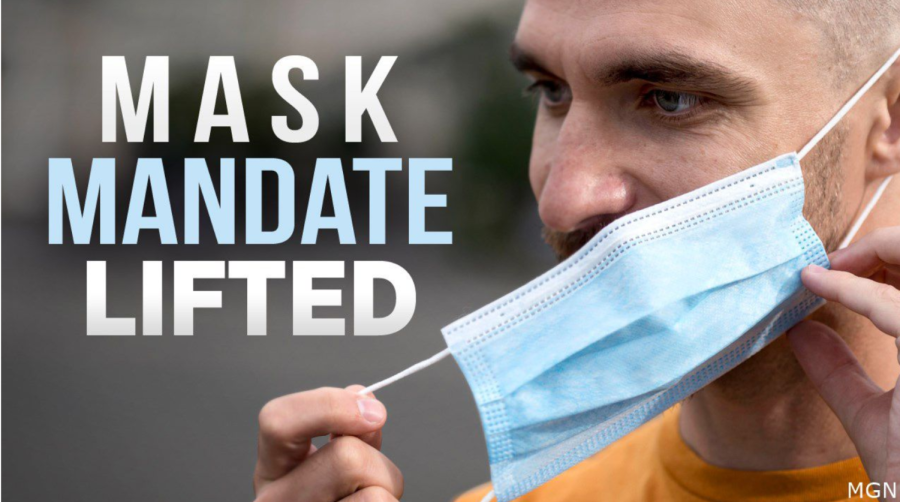 On Wednesday February 9th, Massachusetts Governor Charlie Baker and State Education Commissioner Jeffrey Riley announced that the school mask mandate will be lifted on February 28th. Due to the low risk that Covid has on young people and the effectiveness of vaccines, Governor Baker along with the Department of Elementary and Secondary Education and Department of Public Health have decided to lift the mandate in public schools in MA. The mandate being lifted is aimed to return a sense of normalcy to the students and staff in public schools.

Massachusetts has among the highest vaccination rates of young people and is a national leader in overall vaccination. Because of this, Governor Baker feels that it is time to lift the mask mandate in public schools. Baker, in partnership with the DESE and DPH will be the ones responsible for lifting this mandate on the 28th. A big driving factor in the mandate being lifted is that roughly 80% of staff and students are vaccinated in over 40 MA school districts.

The mandate is being lifted mainly because the vaccination rates in Massachusetts are going up. Once the mandate is lifted, wearing masks in school and on buses will become optional. With the direction that Covid and vaccinations are going, lifting the mask mandate seems like a reasonable idea for the DESE and DPH. These organizations along with the governor are the people who have made the decision for the mandate to be lifted. Even after the mandate it lifted, the administration fully supports any individual who chooses to remain wearing a mask in school.

The school mask mandate has been extended numerous times in the past since it was placed in August. The mandate finally expires on the 28th despite the three times it was extended. Many staff and students have been waiting for this moment to come especially for those who are vaccinated. For others, they will continue to wear their mask out of their choice and are supported to do so. The mandate being lifted is an important event in school districts after students and staff had to wear them for almost two years.

Hopefully the mandate being lifted will bring back some normalcy in our lives after dropping the masks and being in school full time. Dropping the masks is something that students have been looking forward to doing for a while now after being masked up for two school years. Since Massachusettss is among the top states in vaccination rates it only feels right to lift the mandate for the highest vaccinated districts. Since it was announced, the 28th is a date that people are looking forward to as we hope to not return to wearing masks in the foreseen future.